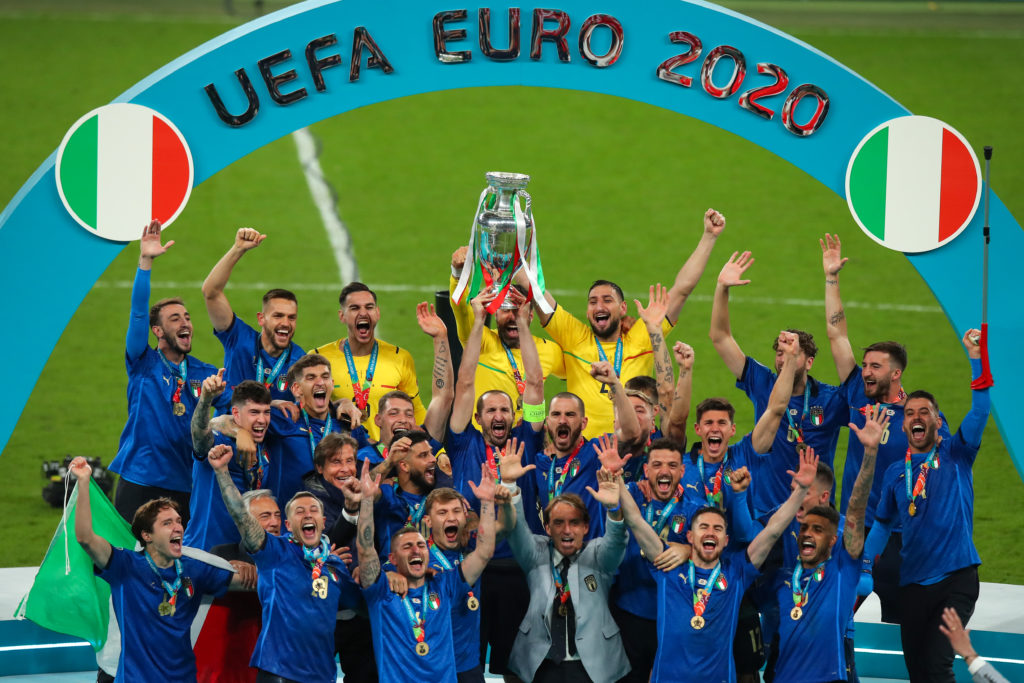 Speaking to The Times, Giorgio Chiellini has been reminiscing about the Euro 2020 final and his infamous foul on Bukayo Saka.

Saka had Chiellini beaten all ends up on the right wing at one point and was ready to steam towards goal, but the Italian was having none of it.

Indeed, the Juventus legend hauled Saka back by the collar of his shirt, committing arguably the most cynical foul in recent history and creating one of the most iconic images of the tournament.

Chiellini says that this foul was nothing but instinct, stating that he was well aware that he wasn’t going to catch Saka due to the immense pace the Arsenal man possesses.

Chiellini spoke about his foul on Saka.

“I never thought this could be the memory of the summer. For me, ok, I did a mistake and a foul in the smartest and best way possible because I think I can protect the ball and let it go out. But he passed me under my arm and the first thing I see is to try and grab him. Saka is too fast for me. If I started one or two moments before, I can run with him but if he goes it is impossible. This is a good choice for me after a mistake,” Chiellini said.

Only way to stop him

Saka had the beating of Chiellini in that very moment, and sadly, the only way the defender was going to stop the Arsenal man was by pulling him back.

Yes, it wasn’t the most sporting action we’ve ever seen on a football pitch, but in a Euros final you have to do whatever it takes to get a win.

Was Chiellini right to foul Saka in this way? Of course he wasn’t, but do we blame him for stooping to those levels to win the biggest game of his career? No way.

The post Giorgio Chiellini says one Arsenal player is just ‘too fast’ for him appeared first on HITC.

Speaking to The Times, Giorgio Chiellini has been reminiscing about the Euro 2020 final and his infamous foul on Bukayo Saka. Saka had Chiellini beaten…
The post Giorgio Chiellini says one Arsenal player is just ‘too fast’ for him appeared first on HITC.