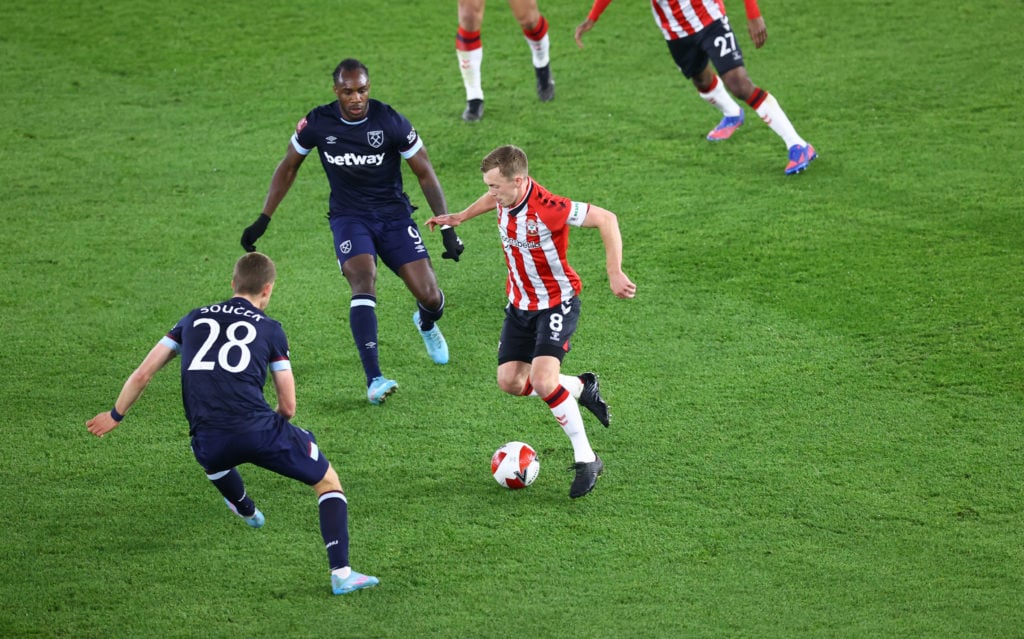 Paul Merson says he ‘really rates’ Tottenham Hotspur summer transfer target, James Ward-Prowse, but there is a reason why the ‘big boys’ haven’t tried to sign the Southampton midfielder.

The outspoken TV pundit was naming his top five Premier League midfielders and he shared that if Ward-Prowse was on that list, then somebody would have ‘broken the bank’ to sign the England International by now, as he told Sportskeeda.

During the past two summer transfer windows, there has been talk of Ward-Prowse, who has come through the Southampton academy, possibly heading for the exit door.

In 2021, he put pen-to-paper on a new long-term contract to end that speculation, and then this summer, the Saints warned off the likes of Spurs and Newcastle for his signature.

Even though Newcastle spent big in the market, including breaking their club transfer record on Alexander Isak, they didn’t exactly push the boat out to try and get Ward-Prowse to St James’ Park.

The same applies to Spurs, who instead opted to bring Yves Bissouma to north London, even though Ward-Prowse would suit their two-man midfield and set-piece quality.

“James Ward-Prowse is another player I really rate,” said Merson. “But with all due respect, I don’t think he’s among the five best midfielders in the Premier League currently.

“If that was the case, one of the so-called big boys would’ve definitely come forward and broken the bank to secure his signature.”

The 2022 World Cup in Qatar is around the corner and players will be vying for that much-wanted golden ticket.

At Euro 2020, Ward-Prowse was cut from the final squad, as he narrowly missed out on selection.

And in truth, it wouldn’t be a surprise if it happens again, although, injury and possible surgery for Kalvin Phillips might help him.

If that happens, then it might open the door for Ward-Prowse, who will feel he hasn’t found his best form for Southampton this season.