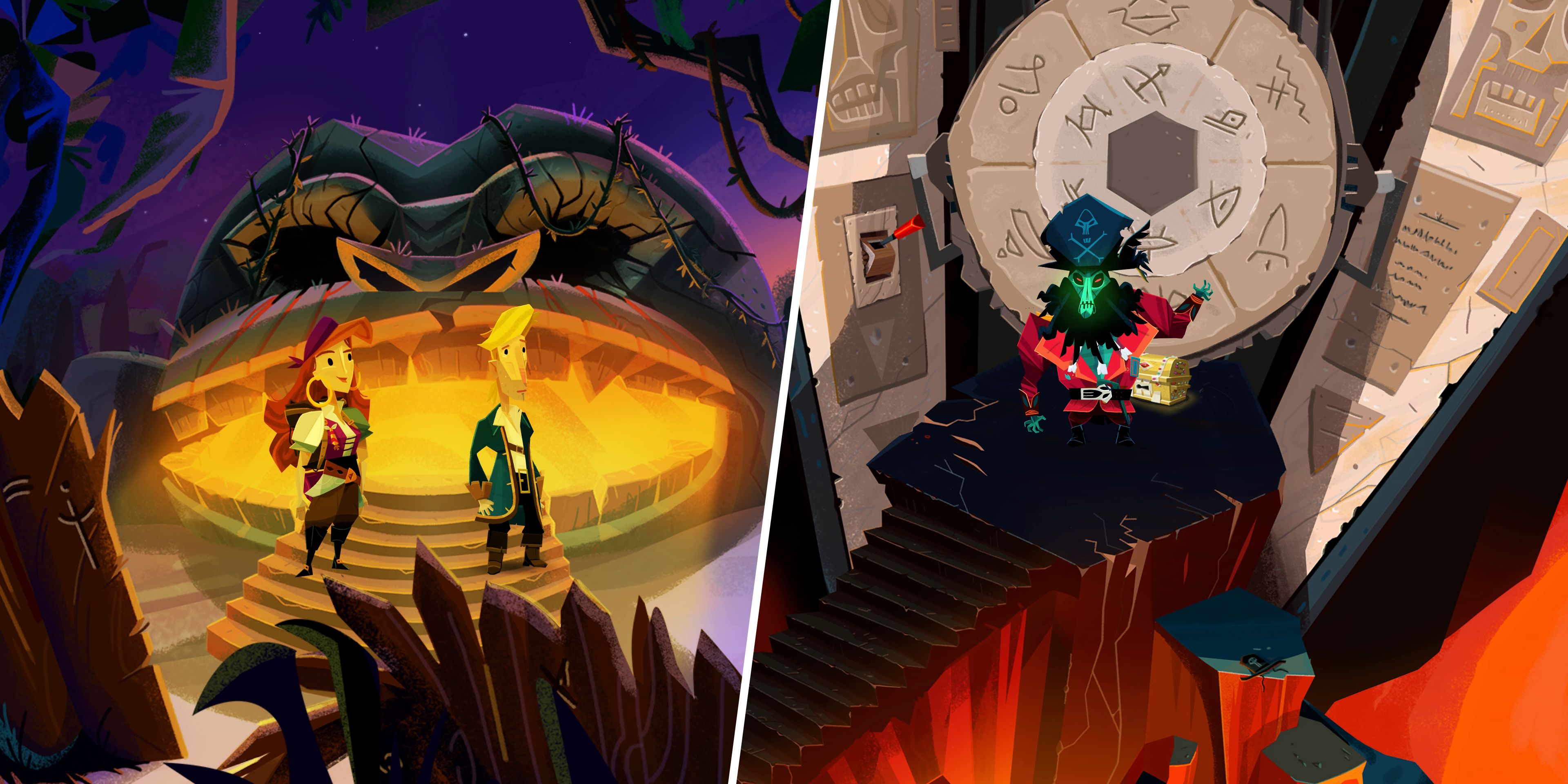 After finding the five Golden Keys to unlock the cabinet containing the secret of Monkey Island, Return to Monkey island players will find themselves back on the series’ titular island. Part 5 begins with Guybrush and Elaine trekking through the jungle, with Elaine attempting to temper the expectations of both her husband and the player with some clever and thoughtful dialog.

Part 5 of Return to Monkey Island sees players back on the series’ titular island and contains some of the game’s toughest puzzles yet.