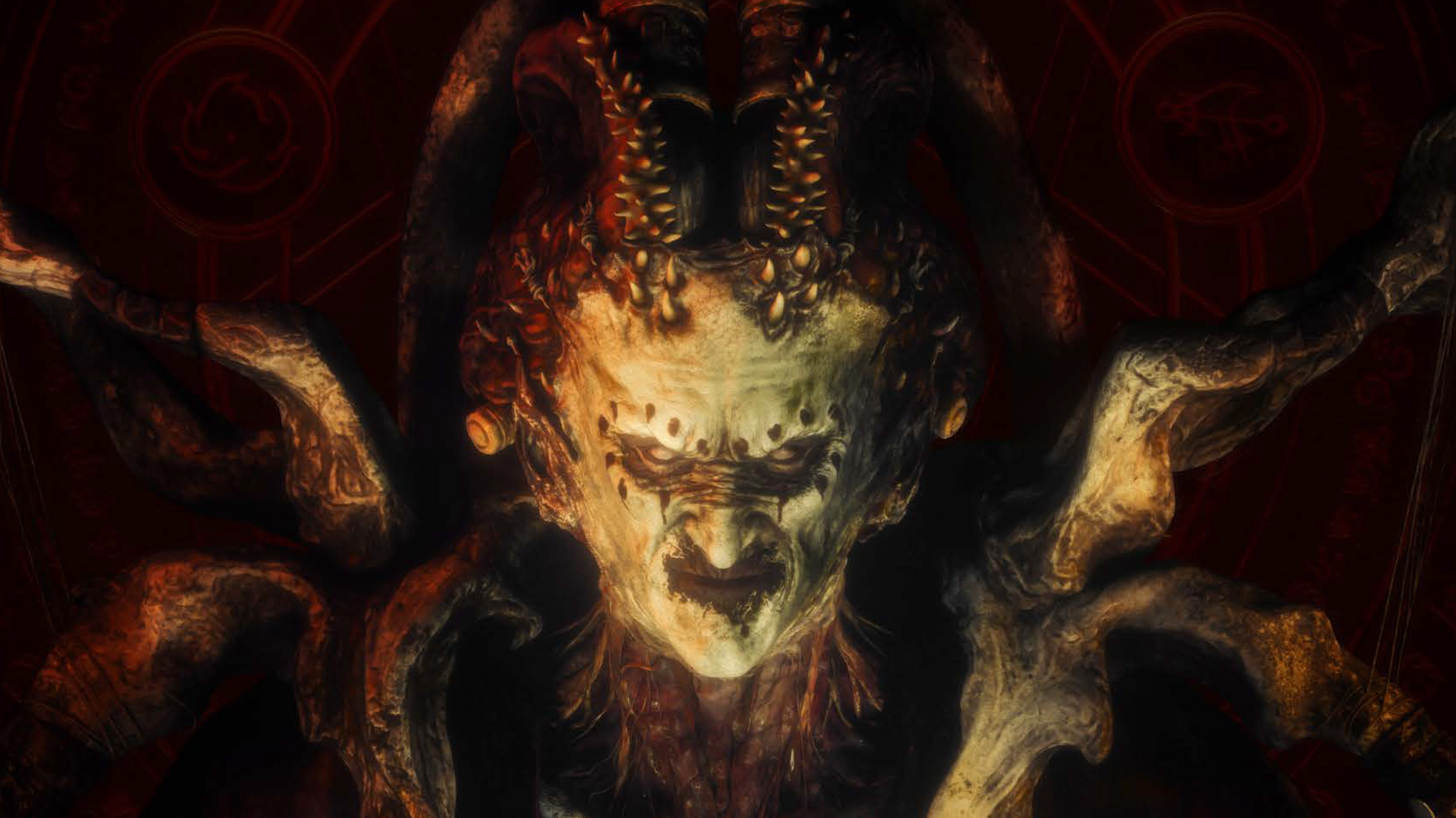 The rollout of the Diablo 2: Resurrected 2.5 patch yesterday seems to have kicked off an ARG that has players working to decode numeric strings hidden in the game’s chat lobby.

The fun began with the announcement that the 2.5 patch had gone live, which included an odd image way down at the very bottom, accompanied by the message, “We were flipping through the old Diablo 2 manual [PDF format] and found this confounding inscription… What does it all mean?”

The full image is very high resolution, so everything in it is clearly visible.

The scribbled strings of text in the notebook are the obvious highlight but Reddit—because it’s always Reddit—quickly noticed that one coin in the image is different from all the rest. It bears the words “Keep the Core—Resurrected—???? – 2021,” and is also physically identical to the chat gem in the Diablo 2: Resurrected lobby. From there, they figured out that it’s a Vigenère cipher, and that by using “resurrected” as the key the three lines of text scrawled in the notebook translate to, “so many gems what do these orange numbers mean.”

That doesn’t make much sense in itself, but of course that wasn’t the end of the chase. Pop into the Diablo 2: Resurrected chat lobby and start clicking the chat gem to activate and deactivate it, and eventually (it might take awhile) you’ll be given an orange number. It looks like this.

It took me a solid three minutes of clicking like a fiend before that number popped; more industrious fans have put together macros that auto-click multiple times per second, saving wear and tear on both mouse and finger.

Like old book-based DRM, those numbers—and again, this is entirely Reddit figuring it out, I am terrible at ARGs and can claim no credit—translate to specific words in the Diablo 2 instruction manual. The first three numbers in the strung represent where the word will be in the hidden message; the next two are the page number in the manual; the next two are the line number; and the final two are the number of the word. So in my case, for instance, 558 13 06 15 translates to the word “new.”

These words are being shared in threads on the Diablo, Diablo 2, and Diablo 2: Resurrected subreddits, as well as a couple of Discord servers, and from there into a large Google Docs spreadsheet, where a detailed record of work progress is being tracked and a (somewhat) coherent secret message is beginning to coalesce. A large part of the message has already been decoded, and it’s filled with passages like “It drives east, east to be released by the other two dark stones,” and “The shadow of a past light carrying within it the spark of evil brothers.” The verbiage is difficult to parse because it’s incomplete and possibly out of order, but it’s definitely very Diablo.

Interestingly, this doesn’t appear to be entirely new. PCGamesN recalled a 2021 tweet from original Diablo co-creator David Brevik asking if “the special code for the chat gem [will] still be in Resurrected?” The obvious implication is that some sort of hidden funkiness was also present in the original Diablo 2, which was released in June 2000—more than 20 years ago. That’s an awfully long time for a secret to go undiscovered, but such things aren’t unprecedented in computer software: This Windows 1.0 Easter egg went unfound for almost twice as long before being uncovered earlier this year.

Perhaps the most important question of the day. Will the special code for the chat gem still be in Resurrected? https://t.co/ORFQtKTzWJFebruary 19, 2021

The Diablo Fan Wiki also refers to secrets hidden within the chat gem in the original Diablo 2, although not numeric codes specifically. It’s possible that Blizzard is simply building on that legend with a new ARG.

Whatever the case, at this point nobody knows where it’s all headed. It could be a stealth reveal of a new feature—Blizzard does that sort of thing once in a while—or it might be some deep lore that’s been lying undiscovered for the past couple of decades. As a more long-shot guess, maybe there’s a big Diablo 4 reveal that’s about to spring forth, although to me that seems extremely unlikely. It’s also possible that the message will not be the end at all, but just the next step toward even more, deeper mysteries.

Whatever’s going on, we’ll likely have the answer soon: The Diablo fan base is working hard, and the hidden message is being decoded quickly.

An ancient Diablo 2 mystery may be on the verge of being solved.