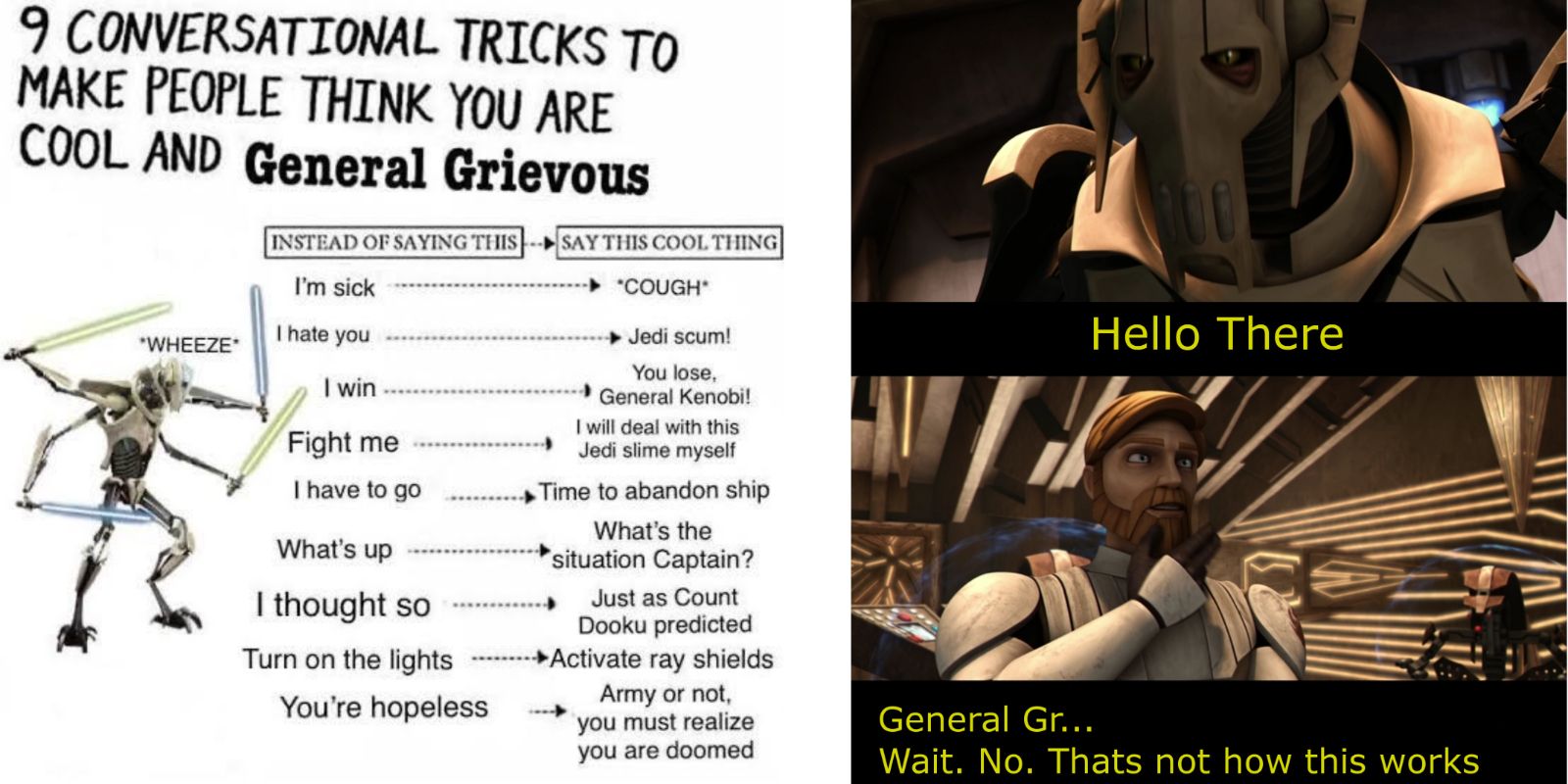 A sinister Droid leader and driving force in the Separatist war machine, the former Kaleesh warrior General Grievous proved a formidable adversary for the Jedi and the Galactic Republic during the Clone Wars. Forging a name for himself in the Kaleesh-Yam’rii war, Grievous would earn a fearsome reputation, quickly spreading to Darth Sidious and his apprentice Count Dooku. Eventually, they would recruit Grievous to the Confederacy of Independent Systems or CIS.

General Grievous has built up a large fanbase from his appearances in Star Wars films and series, and he’s also inspired some great memes.